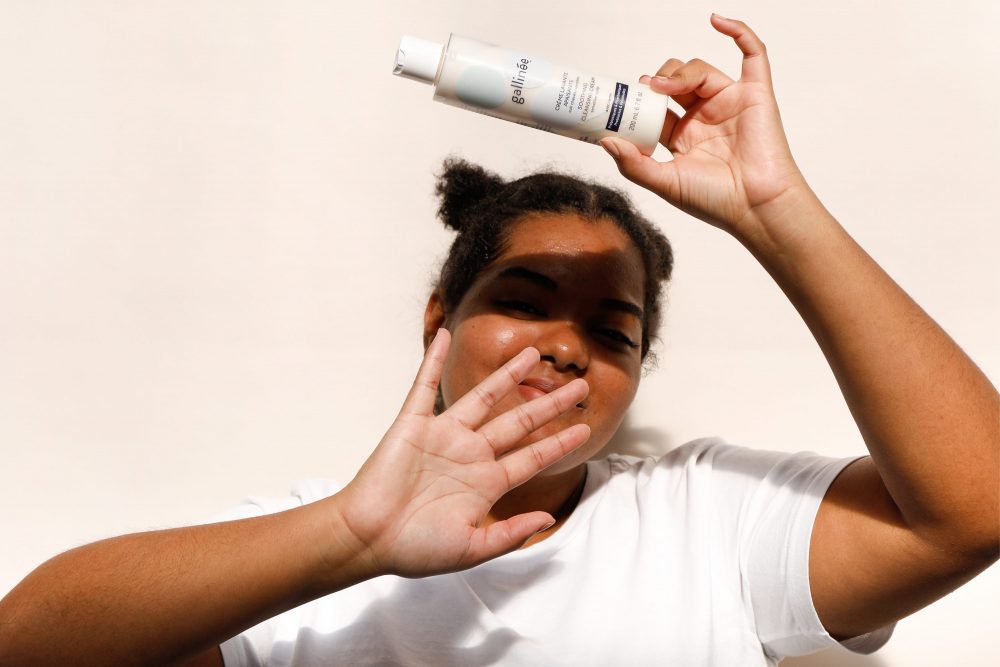 Zinc pee-ree-tyone. You probably haven’t heard of this ingredient before, but you probably will in the coming months.

Zinc Pyrithione is the most used active in anti-dandruff shampoos. It works by killing both local fungi and bacteria on the scalp. It’s cheap, efficient and has a variety of uses outside of haircare: you find it in kitchen sponges so that they don’t grow mouldy for example.

So as of today, it’s the main active ingredient used in the anti-dandruff shampoos from the biggest and most famous brands. But this is going to change.

Earlier this year, the European Union decided to put the ingredient on the banned list because of its potential to damage DNA. Which means that the main ingredient in dandruff shampoos is being banned. In the dandruff shampoo circles, it’s big news!

For Gallinée we see it as a good thing. Not because of the risk of cancer, because science has shown it’s ok at low concentrations. But, it means a LOT of products need to be reformulated.

And formulators will have two choices:

I think it will probably a bit of both, but in any way, this is going to be a few interesting months in the dandruff world. Which, let’s be honest, is not always super exciting!

And you, had you ever heard of Zinc Pyrithione before?

Hi you can still get hold of shampoo that has zinc pirithione in BnM. I had been reading the back of head and shoulders and noticed the same thing. It seems to be the only ingredient that works for me but I’d be happy to try alternatives that aren’t the usual suspects i. e. t-gel, nizoral etc

I am very thankful for this article. I have been trying to find out why Head & Shoulders is missing zinc pyrithione and zinc carbonate. I started “investigating” because H&S was the only thing that helped my smelly scalp. And then the formula changed (I noticed the packaging change first), and the shampoo became like a body lotion: heavy, sticky and doing zero cleaning.

I haven’t found any info on their official site about this cursed EU ban, I also wrote to them many times and no mention of it, but thank YOU so much for talking about it. I will look into your products.

I was offered a free hair product after my last purchase but I have not received anything?
Also does the soap have the same ingredients and is it as effective as the face cleanser as I will be unable to take the liquid cleanser through customs when travelling as it is over 100ml?
Thank you

Bonjour Janice, I am sorry to hear that you haven’t received your product. Our customer service team will be in touch with you shortly.
The Cleansing Bar has different ingredients but can also be used for the face 🙂 and we have the Cleansing Bar Pouch to carry your Cleansing Bar wherever you go! Can you follow the link here: https://www.gallinee.com/product/cleansing-bar-pouch/