Let’s face it, it’s a confusing world at the supplement aisle. Dozens of products that are hard to compare. Even for us at Gallinée, it was an interesting learning curve. So we thought we’d share the things we learnt along the way, and that helped us to create the best possible prebiotic/probiotic and postbiotic supplement for skin.

*       When you look at the ingredient list of your supplement, you’re going to see the Latin name of some good bacteria. They all sound a bit cryptic, but it’s actually not that scary. One thing to remember, the name goes from broad to narrow. Like saying French>Parisian>Hipster. For bacteria it goes like that

*       The name with the capital letter: That’s the genus name (Lactobacillus, Cutibacterium…) Let’s call it the nationality of the bacteria. When it’s a famous genus, and because scientists are sometimes lazy, we only keep the first letter, assuming that everyone knows which one you’re talking about. Scientists are snobs like that. So L. for Lactobacillus, C. for Cutibacterium, S. for Staphylococcus.

*       The name after that without a capital letter: That the species name. Let’s call it the city of residence. Up until recently, this was all you needed to know to recognize a bacterium: C. acnes = the acne bacteria, L. casei = The fermentation bacteria.

*       The weird stuff after: That’s what’s called a strain. It’s the subcategory/variety of a bacteria. Why it’s important? Well for example kale, brussel sprout and cauliflower are different strains of the same Brassica oleracea. I love cauliflower and hate Brussel sprouts (I’m undecided about kale), so it’s pretty important to me. And it’s the same for bacteria: Different strains can do very different things. So when you pick a probiotic, make sure they say which strains they are using. Our probiotics have sweet strain names such as Lactobacillus rhamnosus R0011, Lactobacillus casei R0215, Lactobacillus paracasei R0422 and Lactobacillus helveticus R0052. So cute!

*       Little tip to shine in the eyes of scientists: put the bacteria name in italics, they will love you forever.

How much there is inside?

*       Now that you know what bacteria are present in your probiotic supplement, it would be good to know how many of them live in this capsule. Why it’s important? Because the effect is dependant on the dose (like medication): so the more there is, the more efficient it will be. So how do we count tiny bacteria?

*       Scientists have a special unit for bacteria, called a CFU. It stands for Colony Forming Unit. It means that the bacterium is 1) alive 2) in good enough form to reproduce and create its own little colony. I always think of Matt Damon’s the Martian. So 1 CFU = 1 live and kicking bacterium.

*       We manufacture at 25 billion CFU, so that we can guarantee that after 2 years you still have 5 billion CFU in the capsule. That’s A LOT of probiotics. A comparison that’s easy to remember: it’s 3 times as much as famous little probiotic bottles, or 25 times as much as some famous green yogurts.

*       If the bacteria is dead, it might still be having an action (it’s not totally clear on the science side) but in that case it won’t have a CFU number. The quantity will be written as mg, or gr, or number of cells. No CFU = no life inside

What does it do?

*       That’s a REALLY good question, because saying “I’m taking probiotics” is a bit like saying “I’m eating food”. It’s good to know but it’s not very precise. Each strain of bacteria can be used for different benefits, and as clinical studies into probiotic skin care get better, it’s important to pick and chose the right probiotic for the right problem.

*       Funnily enough, our supplements for clear skin are jam-packed with probiotics that help with the complexion and health of your skin, but each one does have its individual talents. Here’s a breakdown:

1. Lactobacillus Helveticus: A friendly bacteria known to help lower the signs of eczema.

3. Lactobacillus Rhamnosus: A probiotic bacteria known for the prevention of eczema and atopy.

Why not try the probiotic supplement benefits for skin yourself? 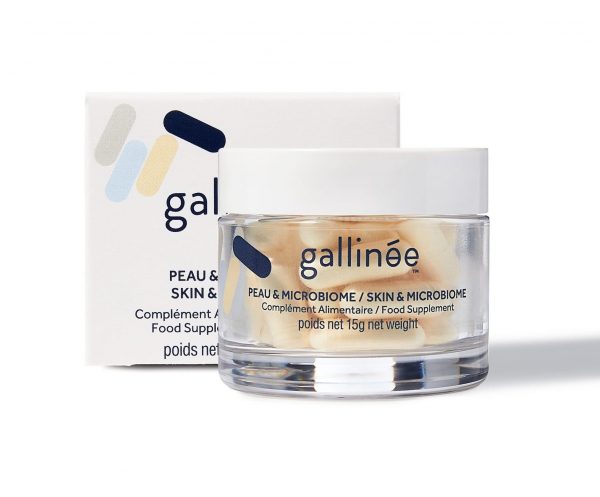